Where’d You Go, Bernadette by Maria Semple is a book about a family living in Seattle, Washington. Bernadette is wife to Elgin (Elgie), and their Daughter Bee is a young teen just out of middle school.

Before moving to Seattle, Bernadette suffered a catastrophic event in her arcitect career that’s totally changed her; she’s become extremely anti social  and tends to hide from everyone; she does what she wants, on her own terms, regardless of what anyone thinks; and now others, including Elgin, are suffering because of it.

Elgin works for Microsoft and is well-respected. Although his relationship with Bernadette used to be wonderful, since her life-changing event in L.A., their marriage is now strained. He’s heavily involved in work and he’s lost patience for her behavior. Eventually, he comes to terms with the fact that Bernadette’s likely suffering from multiple mental disorders and feels it’s time for an intervention.

Their daughter Bee is super smart. Due to a congenital heart condition, Bee’s physically smaller than other teens her age but she’s strong-willed and considers herself normal. She does well in school, gets excellent grades, and maintains a close relationship with her mother Bernadette despite her unorthodox behaviors. There is love and connection between these two even through all the madness. Bee and Bernadette are best friends, because let’s face it: Bernadette makes life fun.

“I can pinpoint that as the single happiest moment of my life, because I realized then that Mom would always have my back. It made me feel giant. I raced back down the concrete ramp, faster than I ever had before, so fast I should have fallen, but I didn’t fall, because Mom was in the world.”

Bee’s parents make a deal with her that if she receives good grades in middle school (for graduation), she can have whatever she wants afterward. Her grades are in, and she’s calling in her reward of choice: a family trip to Antarctica.

This about throws Bernadette into straight panic. She’s already struggling with enough challenges and this may be too much for her. How is she going to deal with this?

The majority of this book is epistolary in nature and told in correspondence, whether it be emails, notes, or documents. I was a little unsure of the format at first because it started to feel “busy” to me, but surprisingly, it turned out to be okay; in fact, I don’t think it would’ve been better written any other way. There are interludes told from Bee’s point of view as the protagonist which connects everything together nicely. This made the book feel unique to me and I really did like the author’s writing style.

I had many different emotions reading through this story. Some parts were laugh-out-loud hilarious, and other times certain characters angered me and seemed absurd. The main characters were easy to connect with, while a few others were quite funny. I was actually able to identify with Bernadette and her introverted behavior more than any others; although, her extremes were more difficult, but once you see what she’s experienced in the past you begin to understand her better. Having a daughter with a similar congenital heart condition was something else that connected me to Bernadette and Bee. Also, anyone who’s suffered from anxiety and depression can probably totally relate to Bernadette.

Getting into fights with people makes my heart race. Not getting into fights with people makes my heart race. Even sleeping makes my heart race! I’m lying in bed when the thumping arrives, like a foreign invader. It’s a horrible dark mass, like the monolith in 2001, well-organized but completely unknowable, and it enters my body and releases adrenaline. Like a black hole, it sucks in any benign thoughts that might be scrolling across my brain and attaches visceral panic to them. For instance, during the day I might have mused, Hey, I should pack more fresh fruit in Bee’s lunch. That night, with the arrival of The Thumper, it becomes, I’VE GOT TO PACK MORE FRESH FRUIT IN BEE’S LUNCH!!! I can feel the irrationality and anxiety draining my store of energy like a battery-operated racecar grinding away in the corner. This is the energy I will need to get through the next day. But I just lie in bed and watch it burn, and with it any hope for a productive tomorrow. There go the dishes, there goes the grocery store, there goes exercise, there goes bringing in the garbage cans. There goes basic human kindness. I wake up in a sweat so thorough I sleep with a pitcher of water by the bed or I might die of dehydration.

I asked myself more than once: What is so wrong with Bernadette not wanting to go to Antarctica? Maybe her plan to get out of the trip was crazy, but why should anyone ever be forced to do something they don’t want to; I mean, does that really make them mental? It’s thought-provoking, and this trip to Antarctica had much more importance in the story than I expected. Bernadette is essentially on her own journey and needs to find a way to straighten herself out.

Even though this book is obviously meant to be humerous (satire), there was a serious tone to parts of the book for me. I don’t think this is what the author wanted when writing it, but it’s always a challenge for me to find humor when it comes to people struggling with mental health. People develop mental health problems for many different reasons, and everyone deals with it in their own way, but mental disorders have the power to split a family apart and end lives. I feel like the author did a good job portraying the struggles within this family, how mental disorders affect others, and even the social stigma that often goes comes with it. This is just my opinion though.

With all that said, I didn’t like the ending at all and expected a different outcome, or maybe just more of an outcome. The ending felt rushed and fairly contrived considering the build all the way up to it. Was there really any resolve? I’m not going to spoil it in my review, but I’d love to chat with others about the ending in particular. If it weren’t for the ending going the way it did, this would’ve been a full five-star review for me.

Overall, I enjoyed this book and will read more by this author in the future. I’m yet to see the film, but after connecting with the all the main characters, it seems like the cast couldn’t be better.

Thanks for reading my review. Have you read this book or seen the movie? Please share your thoughts below so we can chat. 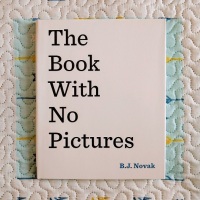 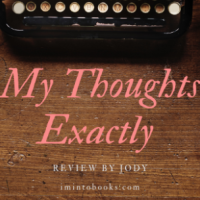 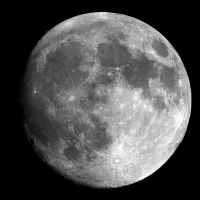 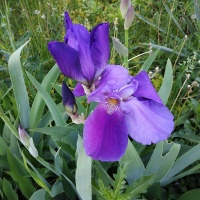