On the day of his graduation, James says goodbye to the future and moves back to his parents’ house in Myreton, the sleepy village of his childhood. He’s not happy, but the thought of continuing his life anywhere else seems unthinkable while his sister, Emma, continues to suffer with the illness that’s plagued her since she was a child.

For six months, James’s life spirals further and further out of control as the walls of small-town life – and of his sister’s devastating disease – close in on him. But then he meets Hannah, a free-spirited and fun-loving Austrian student, and suddenly it seems there might be more to his existence than a sense of fear and trepidation.

Hunger for Life is the story of a young man’s struggle to find the courage and humour to live through life’s hazards – and to find his place in an uncertain and fractious modern world.

This book tells the story of a young man (James) who’s eager to start living his life but is held back due to his sister’s mental health. Emma, his sister, is suffering and living with a devastating illness that has plagued her and her family for years. James wants to be present to offer support to his sister Emma and their parents during these difficult times. Simultaneously he struggles with his own emotions, particularly anxiety from everything he’s been through over the years.

“We hadn’t always been like that. We hadn’t always been so fucked up. Actually, for many years after Emma was born, the four of us – me, Mum, Dad and Emma – had been happiest when we were all together. There’d been the usual tantrums and squabbles, of course, but we were a solid little family, and for the most part our lives together were happy and simple.”

This story really hit home with me. Having a daughter with an eating disorder—I was constantly reminded of the anger, frustration, and other strong emotions that come crashing in. Every family member deals with it differently. It wears on you becoming almost too much to endure at times, tearing you down. Even more challenges arise when people on the outside (friends that are closest to you) lose patience, and in turn your relationships are strained. All you want is for the affected person to act normal again, and for things to return to the way they used to be. Conventional therapy doesn’t always work, and all this time goes by where you just struggle to maintain with normal so far out of sight. I began to wonder if the author had experienced this first hand, because the characters’ thought patterns and the events in the story were written so well, which made the book feel more like a memoir than a work of fiction.

Hunger for life was an incredibly engaging read; the story was written well, descriptive and detailed, and the characters were all well-developed and complex. The writing style nearly prevented me from putting this book down. I was brought to tears at times. As far as the characters, I absolutely fell in love with James who narrates the entire story and it’s hard not to connect with him because everything pretty much revolves around him. He offers unwavering support to everyone, and he’s also forgiving which is such an amazing quality. He’s constantly attentive, concerned, reliable, and faithful to his family. Surprisingly, it was hard for me to connect with Hannah at all though; she turned out to be my least favorite character. Some of her decisions didn’t make sense to me and I just lost patience with her because she came across as selfish to me at times. This is of course my personal opinion though. The end was wrapped up beautifully and totally non-predictable.

With themes of love and sacrifice, friendship, family, hope, and overcoming, this book will stay with me for some time. It brings awareness to such an important subject about a disorder that affects so many in this world and sadly isn’t taken seriously enough. It’s a reality for many. I highly recommend this book.

Thanks for reading my review! Feel free to leave comments and suggestions below. 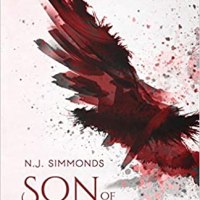 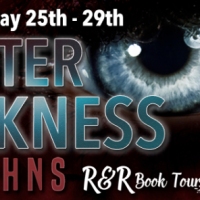 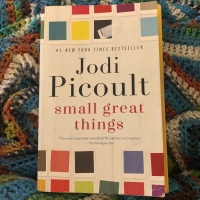 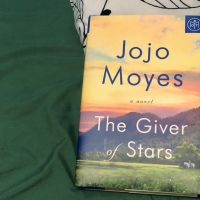